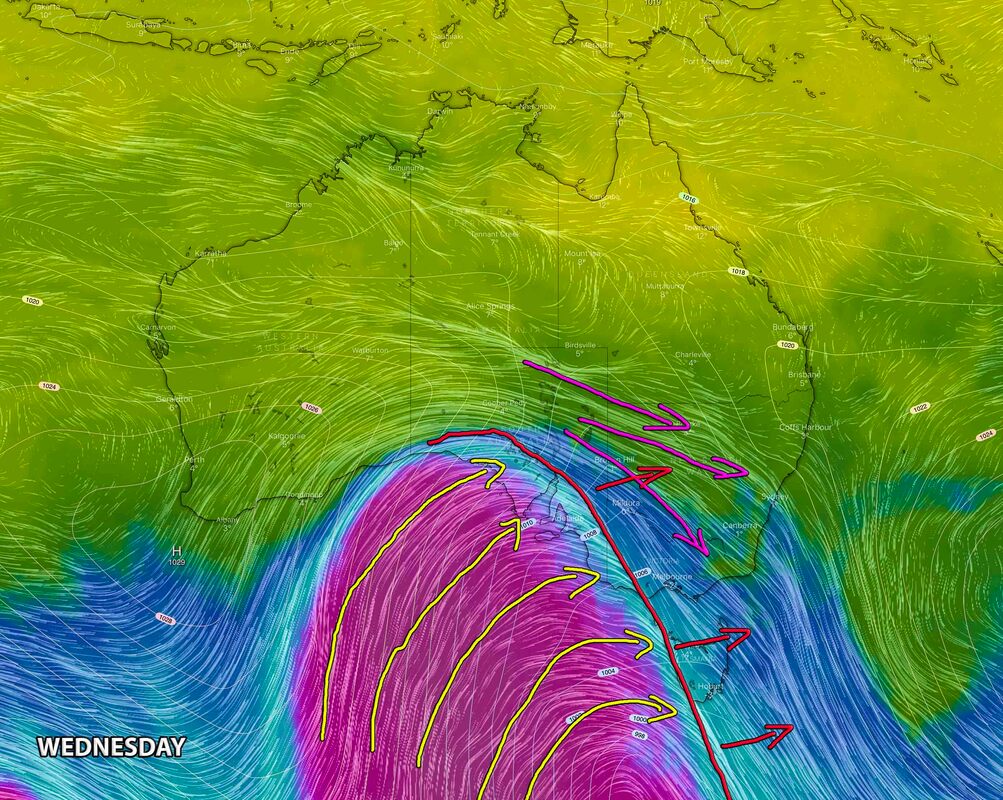 Weather 29th April -3 rd May
This system is expected to be largely be focused over Wednesday (April 29) and Thursday (April 30) before lingering to a lesser degree into Friday and the weekend (May 1 to 3). This system will be impacting Tasmania, Victoria, New South Wales, ACT & Queensland to large extents and South Australia + the Northern Territory to lesser extents. Damaging winds, rapid temperature drops, severe storms with damaging winds & hail, heavy rain and snow will all feature. Dust will also be a feature with the front specifically.
​
The most notable severe weather threat from this system will be widespread thunderstorms across Victoria, the ACT, NSW & Southern Inland QLD on Wednesday with storms pushing into North East NSW, Northern NSW & South East QLD on Thursday. During Wednesday, across Northern VIC, Southern & Central Inland NSW and possibly into Northern NSW – there will be strong wind shear – both with speed and direction – that will interact with these storms. This will create an increased risk of supercells and tornadoes across these areas (but more concisely focused over Southern & Central Inland NSW). Regardless of this threat, due to this mid level jet – most storms within the purple shaded area will be either moving fast and/or warned for damaging winds with microbursts being a possibility too. Hail will also feature in storms due to cold air aloft. These storms will move into South Eastern QLD & North Eastern NSW during Thursday where some cells may become severe fro damaging winds – but the overall threat will be lower than Wednesday due to some weakening with the mid level jet. There is a question mark at this stage due to the timing of the front, whether or not storms will reach the Coast in South East QLD. 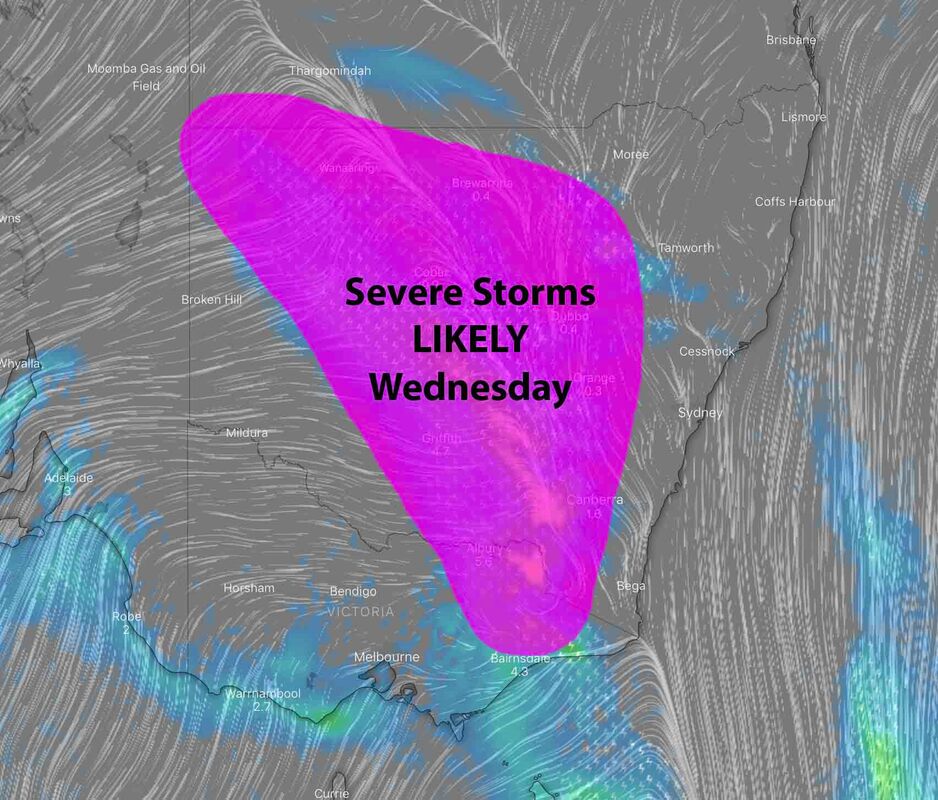 One of the promising things will be that this system looks to deliver widespread good rain across NSW with heavier falls over the Snowy Mountains and Central Tablelands, as well as some widespread moderate to heavy falls across the majority of VIC. Most of these areas have already seen an average to well above average month (April) in terms of rainfall, so to see 50-100mm and localised higher falls of up to 150mm around the Snowy Mountains is very promising as a follow up system. Most of this rain will come with the front on Wednesday and Thursday, but some follow up showers, mostly over VIC with the South Westerly flow are expected into the weekend. Unfortunately for Southern QLD and Northern NSW, while some rainfall is expected and it should impact most people – its on the lighter side of things due to the speed of the system and the distance from the moisture source (being the Bight).